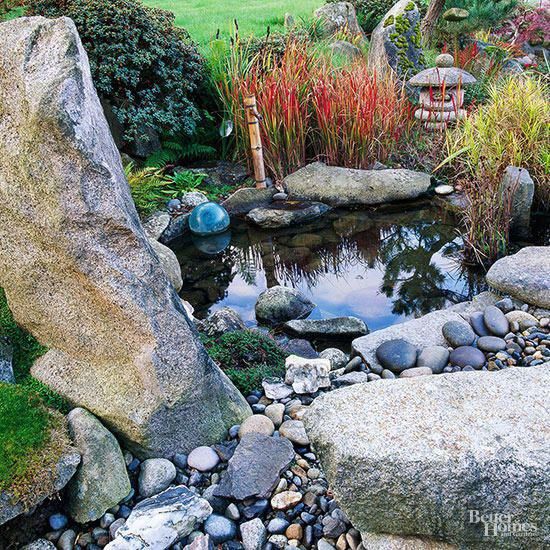 This small reflecting pool has a decidedly Japanese garden flavor. From the glass Japanese fishing float on its surface to the bamboo fountain, Japanese bloodgrass, stone pagoda lantern, and moss-covered rocks surrounding the pond, all elements blend in Asian style. #JapaneseGardenDesignStones