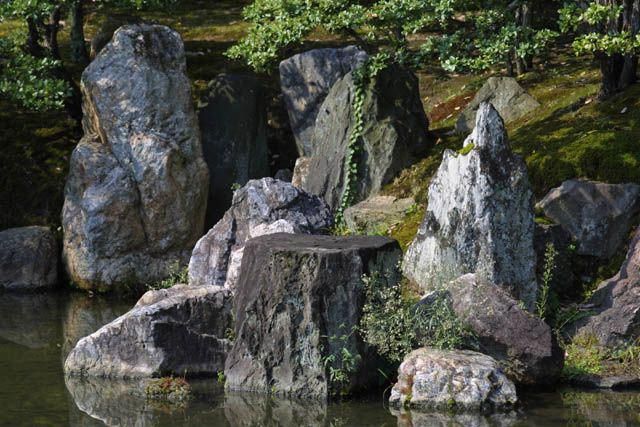 This group of stones along the western shore of the pond of the Ninomaru garden at Nijo Castle includes four of the more characteristic rock shapes found in Japanese gardens: a tall, massive stone with a rounded top; a tall stone with a narrower “peak”; a low, squarish stone with a flat top; and a low stone with a strong diagonal profile. None of these shapes is canonic or indispensable, nor is their combination, but they appear often in Japanese garden de