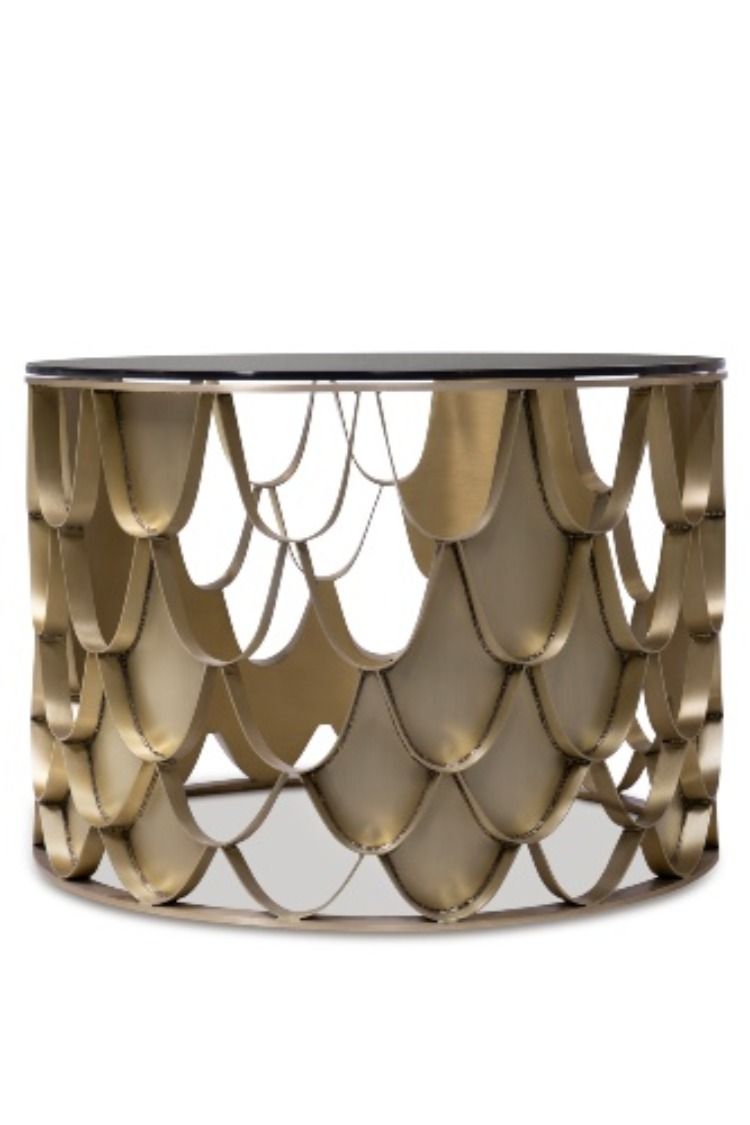 Koi Carp is a recurring symbol of Japanese culture, highly appreciated by its decorative purposes, not only in water gardens but also in Irezumi practice or, most commonly, in tattoos. Its natural colour mutations reveal their capacity to adapt, just like the set of KOI centre table with table tops in glass or marble that you can choose to better fit in your ambiences. The KOI scales from the sides of the tables shine and reflect – on its brass surface – the sun caught throughout the clear water