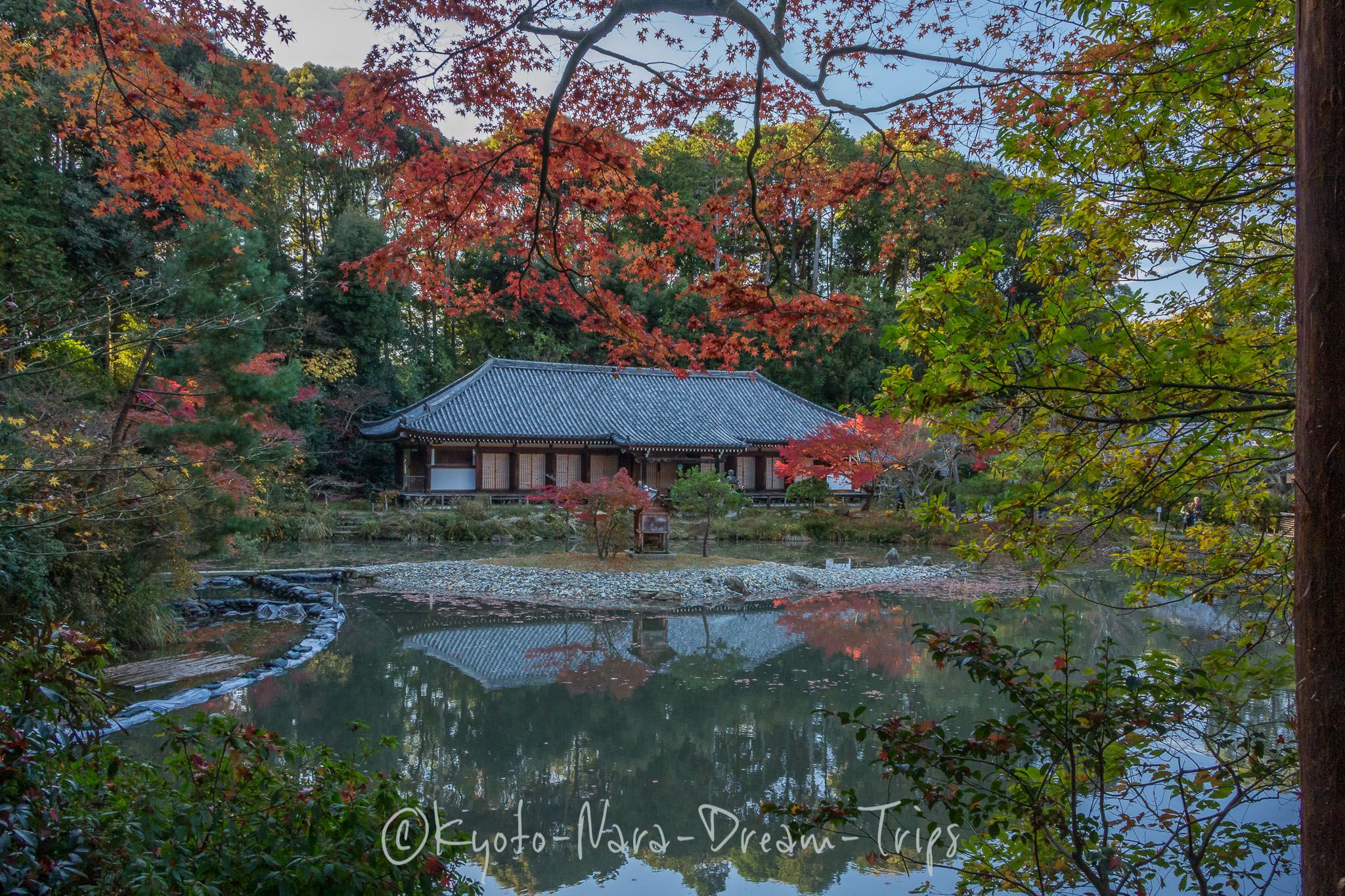 Jōruri-ji Temple, Autumn 2014, Kizugawa, Kyoto. The Paradise Hall of Jōruri-ji (浄瑠璃寺) , built in 1107, located in the town of Kamo near the ancient capital of Nara. The historical Japanese garden, is one of the few remaining examples of a Paradise garden of the early Heian Period. On either side of the pond are stone lanterns dating to 1366.