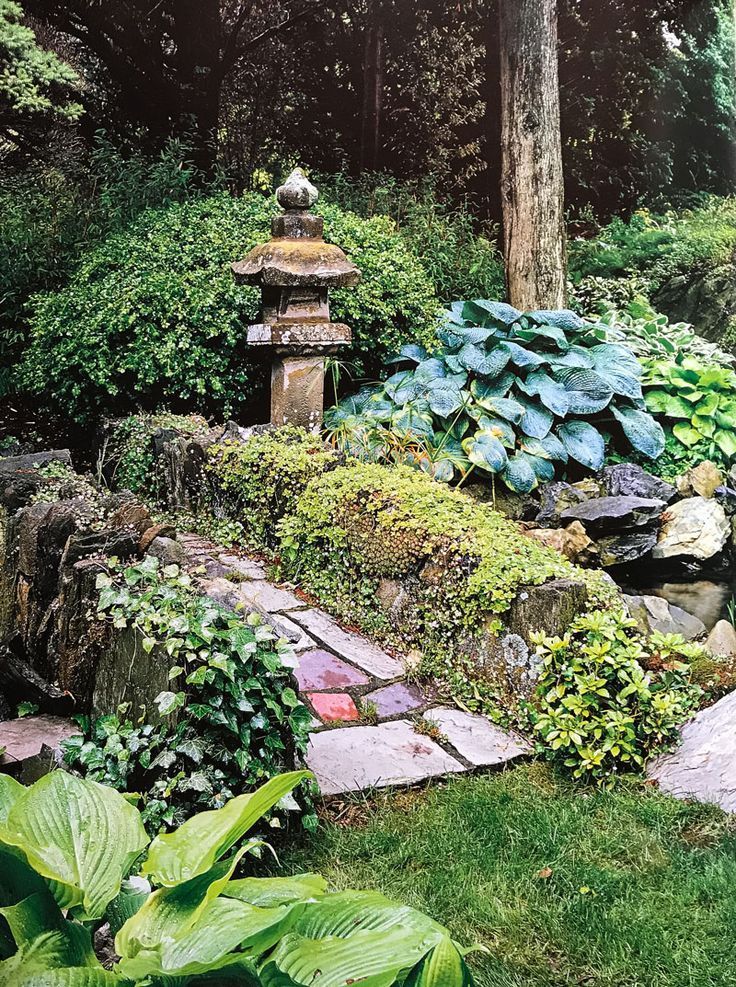 Inspiring Garden Design: An Olmsted Japanese Garden The Element Water The element water is one of the most important design tools in the Japanese garden and is used in many ways. In the so-called “”change gardens””, which invite you to a peaceful and relaxing walk, a pond with small stone Islands. Curved shorelines and a plant hem of sparks, magnificent spars and irises (Iris sibirica), interrupted by small groups of stones, give the po… #Des