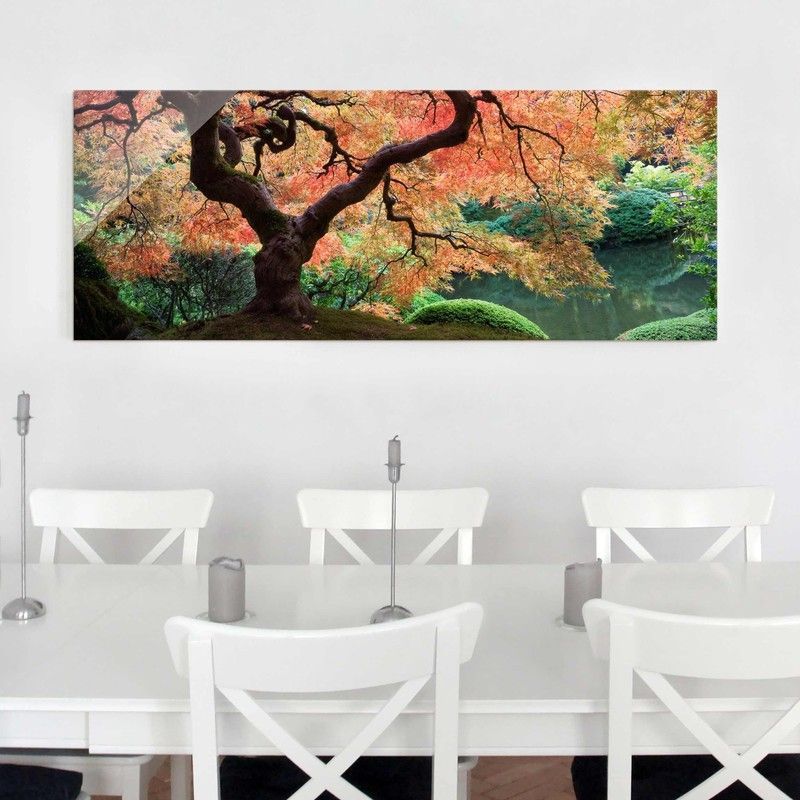 Impression sur verre – Japanese Garden – Panorama Large Dimension: 40cm x 100cm – BILDERWELTEN Origin and history In densely populated countries such as Japan, where free space is a precious commodity, a lot of emphasis is traditionally placed on garden design. With a great sense of aesthetics, editing and patience, Far Eastern masters have made the Japanese Garden what it is today – an idealized landscape i… #Decorative