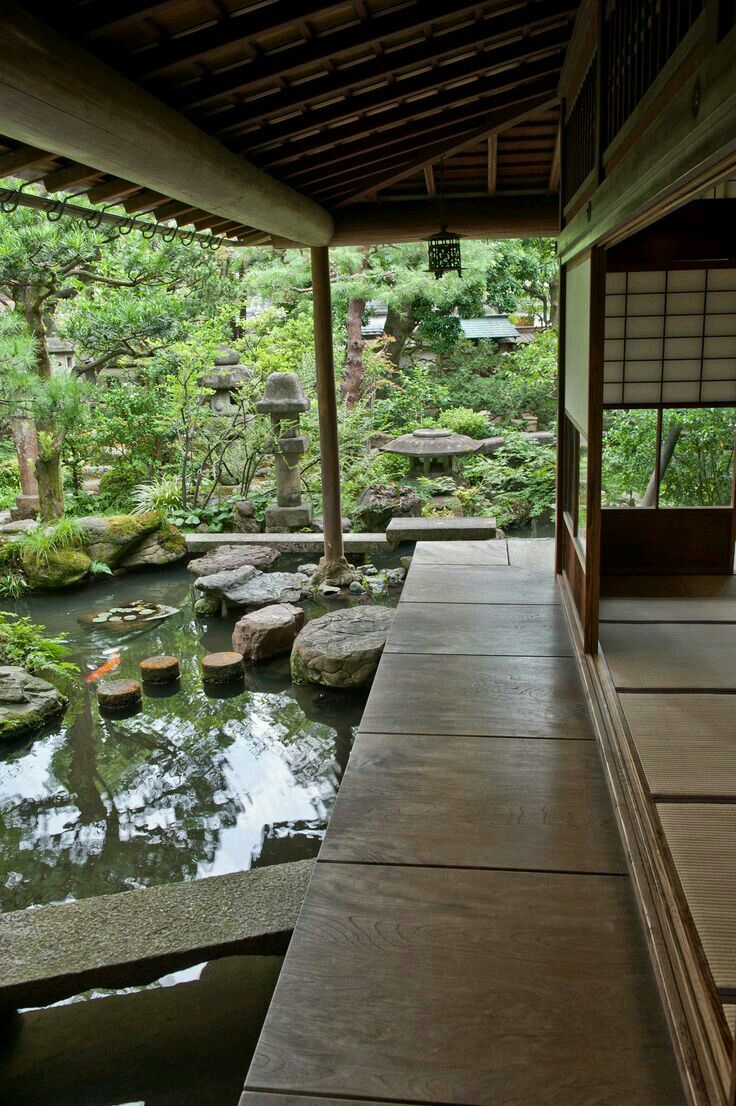 I read the Japanese have an old tradition when they have a small space they use plants and statues with specific placement to create the illusion of a larger space. That and being as close to nature as possible. Both epic.