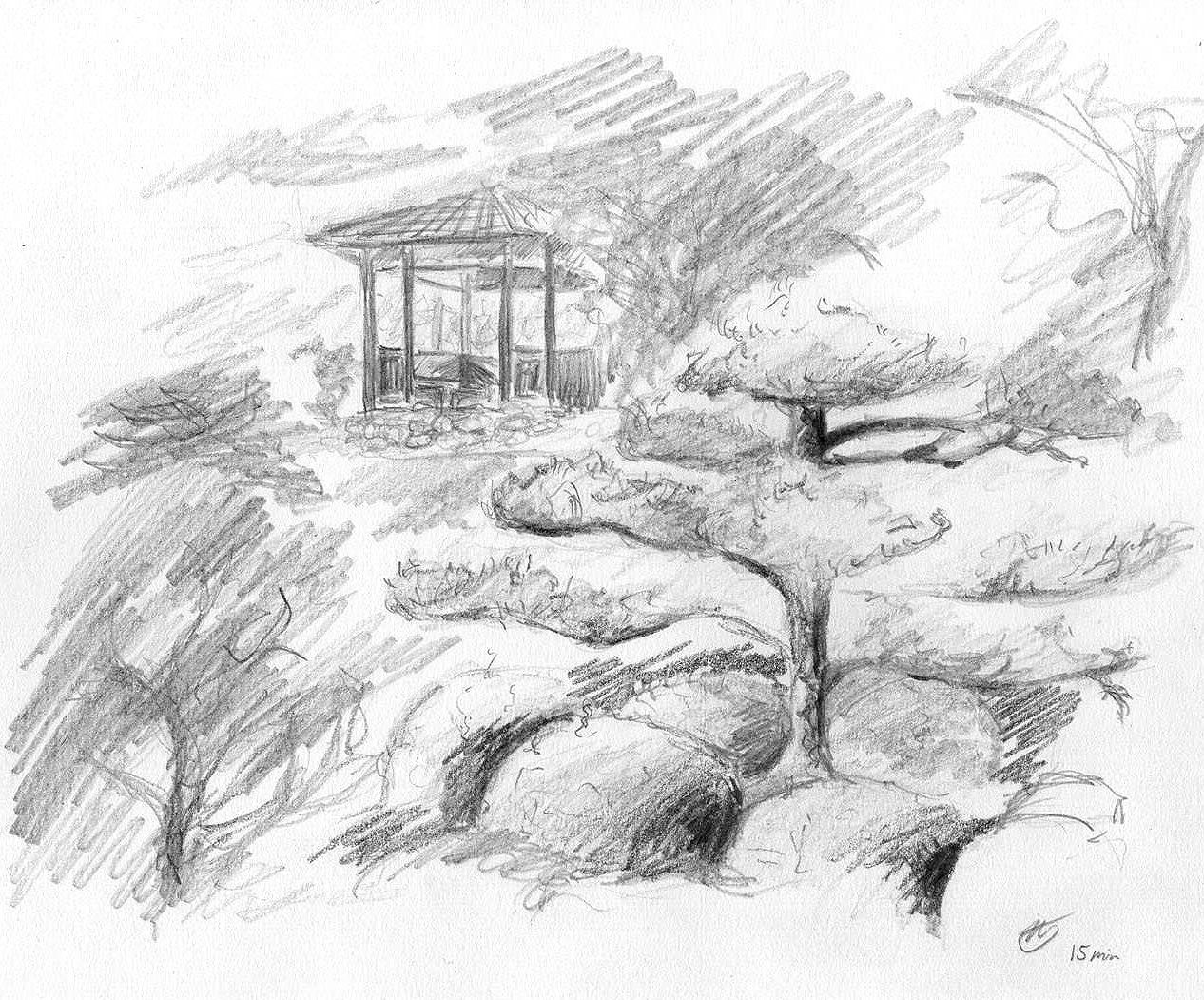 One does not always have the time (or inclination) for photorealistic drawings. This little sketch of a Japanese Garden is the 15 minute version of an exercise where I took less and less time for a drawing of the same motive to learn what detail I needed and what I could leave out without sacrificing the meaning. Visit the related post to see how the sketch changed with only 7 minutes and then with a 60 seconds rush. #drawing