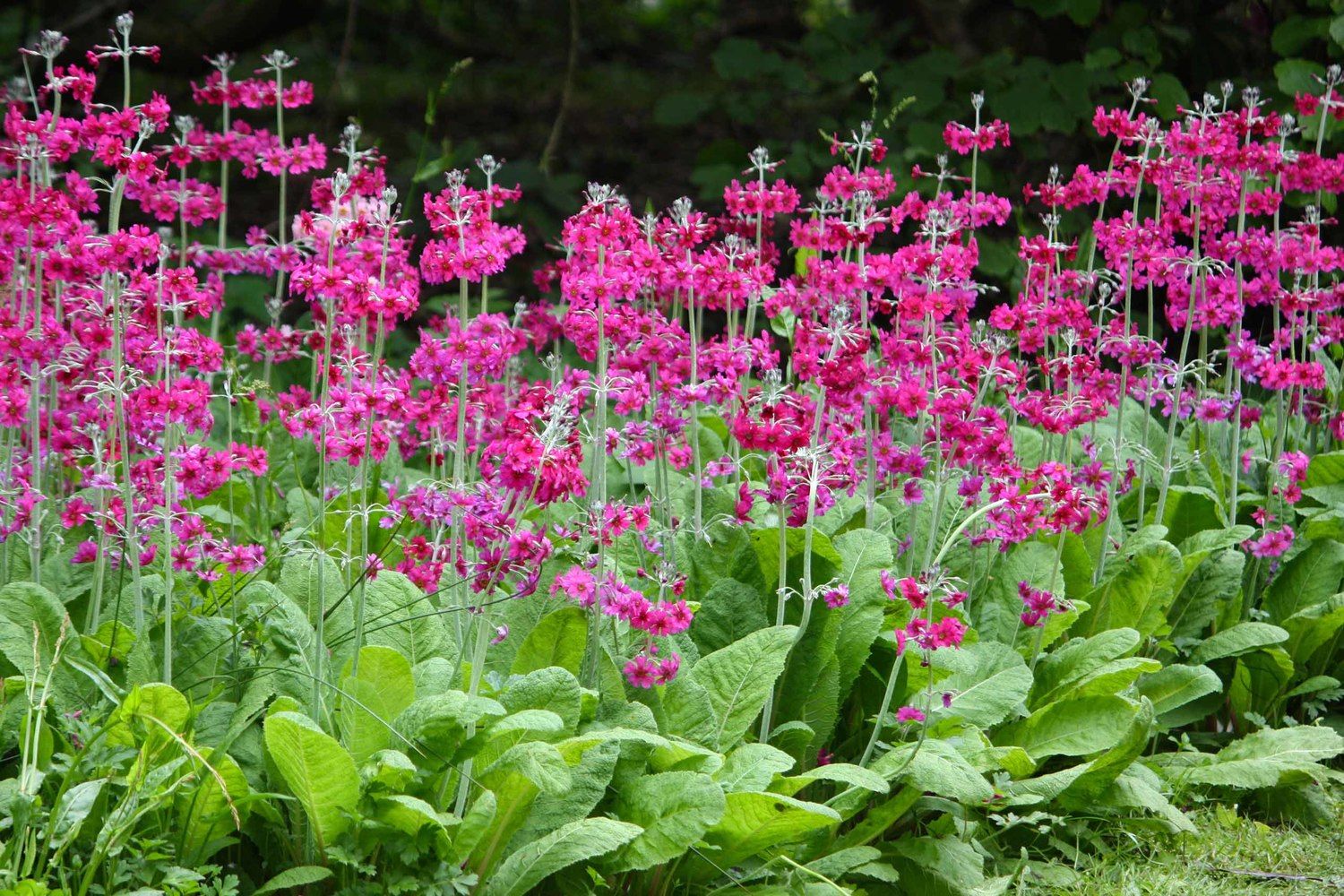 Japanese primroses are an easy, showy addition to any shade, wet space in your garden. Primula japonica is part of the larger section of the Primula  genus called the “candelabra types.” These “candelabra type” primroses are so-called because their beautiful blooms are held about 12-18″ above the foliage. Native to Japan, the flowers come in a narrow range of hues from white to red. Some notable cultivates include “Miller’s Crimson” and “Postford White.”