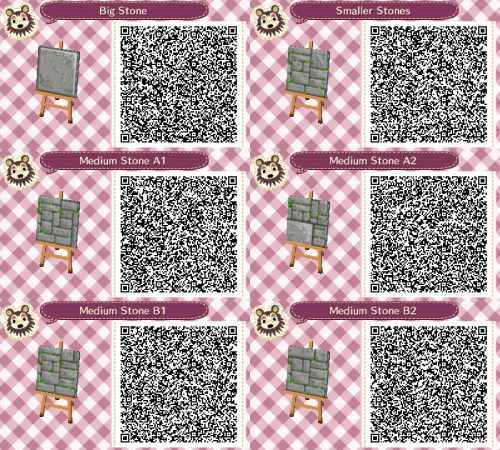 crossinglemons: “Path I made for the Japanese garden in my town! I tried making it in a way you can randomize a little bit by placing the big and smaller stones between the others. ”